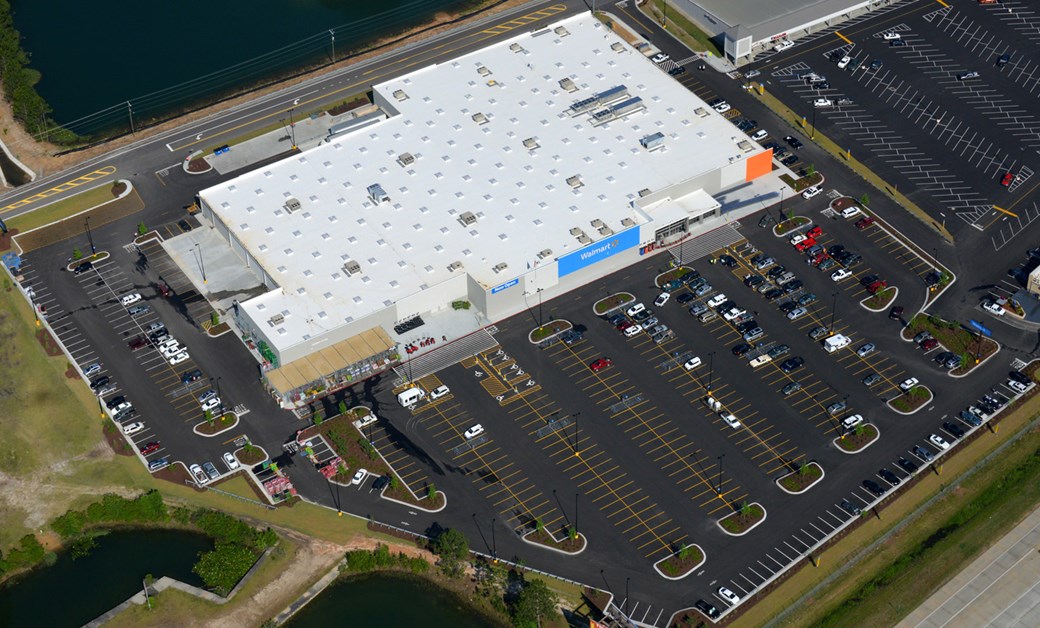 Built on a 10-acre site, the project consisted of the construction of a single-story, high-bay commercial structure with site work. The structure was built as a combination of CMU and conventional structural steel which also included parking for 481 cars.

Cleveland Construction began the project with the demolition of the existing structures: pylon signs, jersey barriers, and concrete foundations. The existing storm line that ran directly through the site also needed to be removed and relocated. Since there was a neighboring retail strip center, our team had to first install the new storm line with tie-ins prior to removing the old line. Once the new storm was completed, deep excavation and removal of the existing storm line occurred, allowing the building and site work to continue.

The project was completed in on-time following an aggressive construction schedule of 34 weeks. The new supercenter opened to the public in early March 2016.