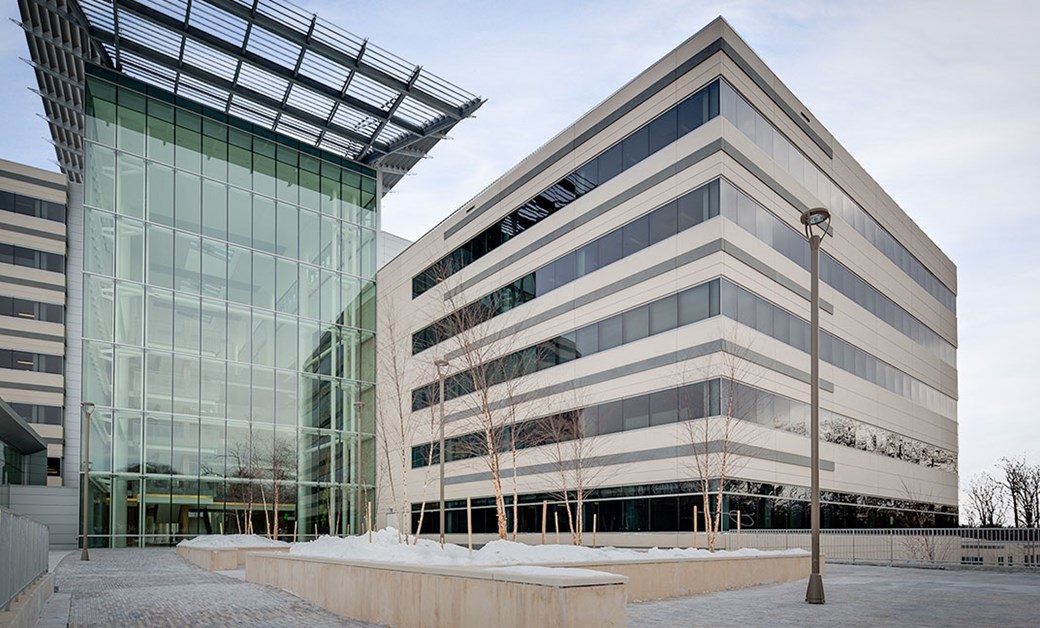 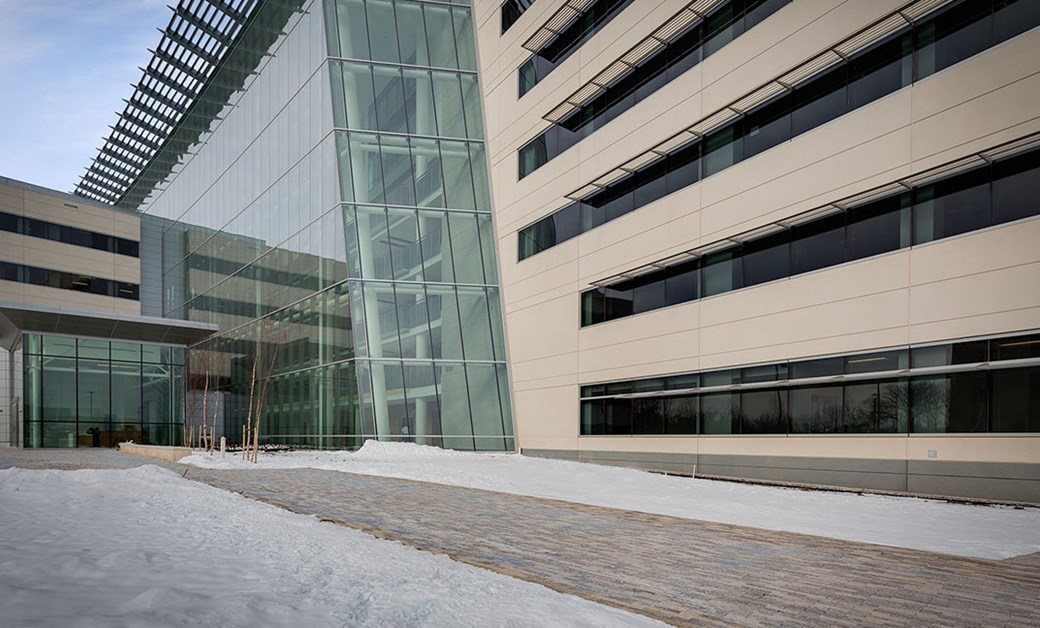 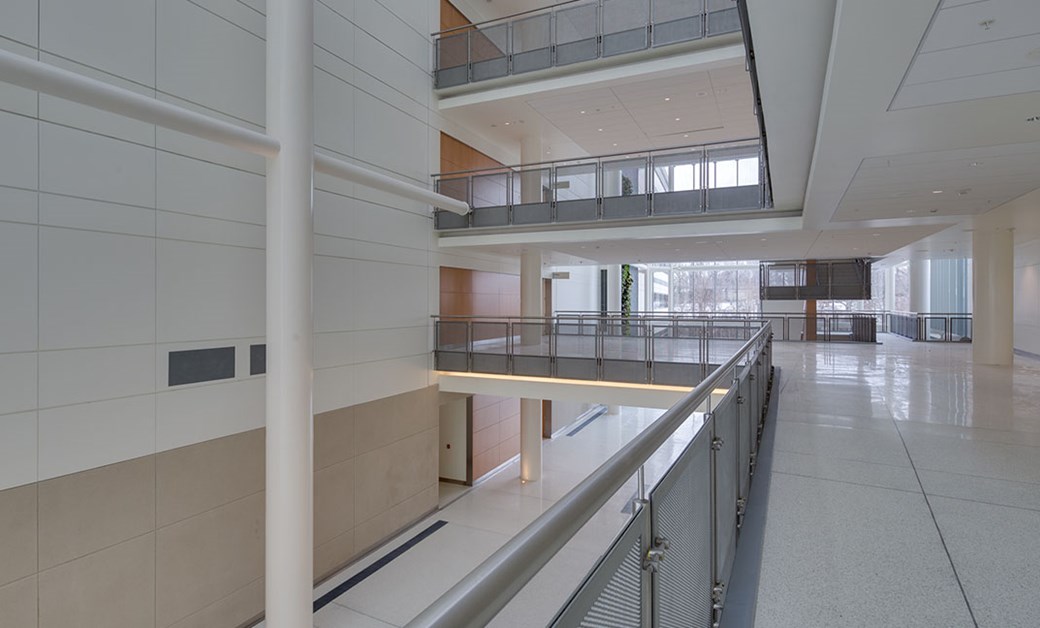 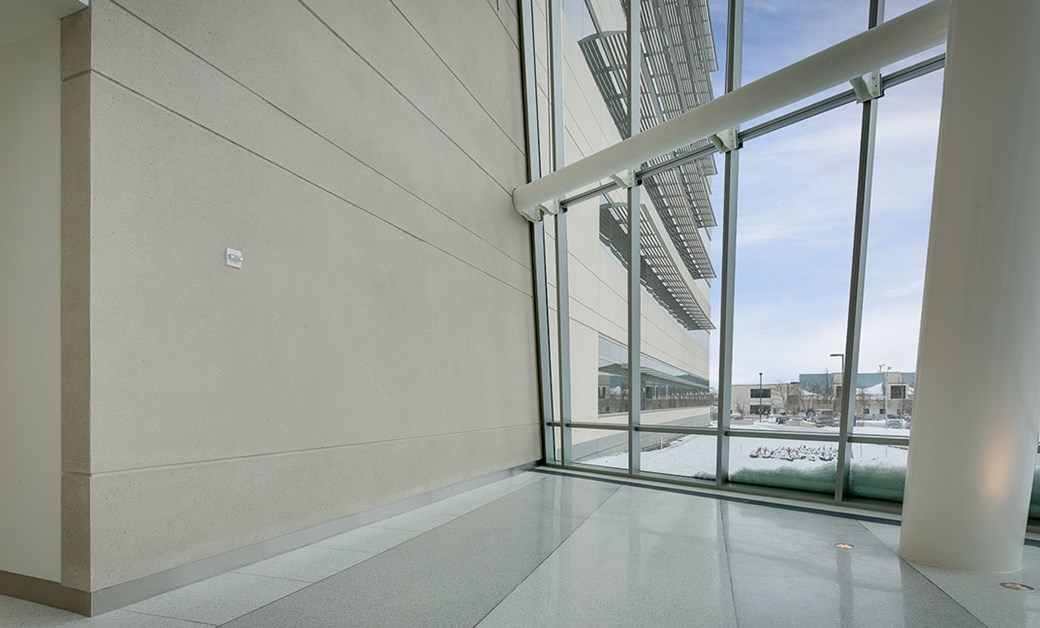 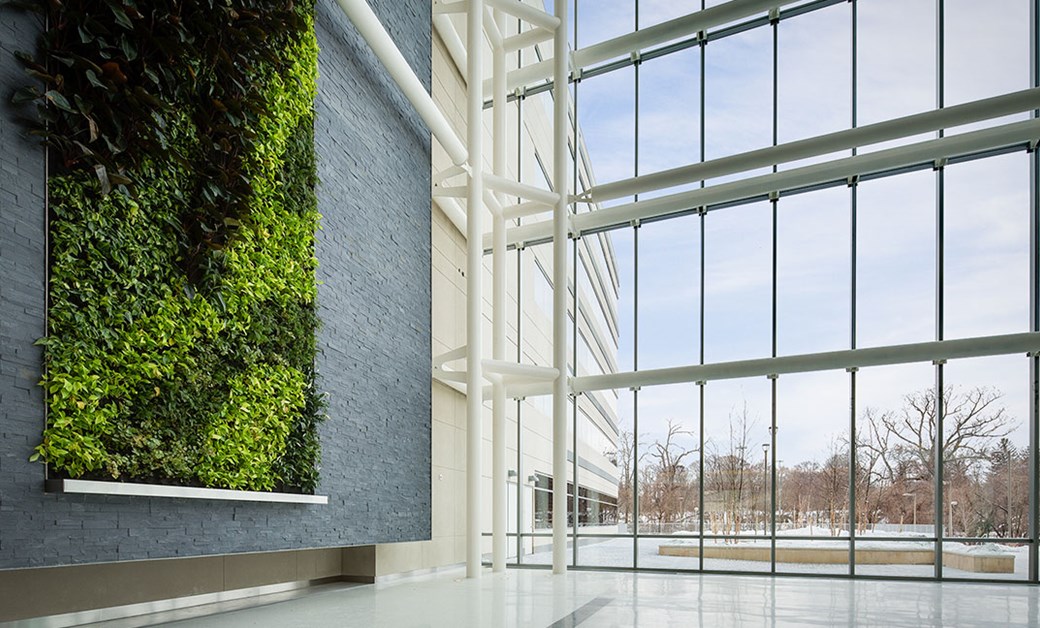 Specifically, Cleveland Construction managed the installation of the exterior framing, sheathing, building insulation, partition framing, gypsum walls, and acoustical ceiling tile. Due to the sheer size of the central atrium, Cleveland Construction was required to erect scaffolding with full planking at all ceiling levels, perimeter access, and column access at all levels in order to perform their work.

The project was designed to earn LEED-NC Silver Certification and features a number of sustainable elements, including a green roof, a large park, bioretention ponds, and green screens.

Groundbreaking for this project occurred in January 2012, and Cleveland Construction completed its scope of work in the January 2014 after 14 months. 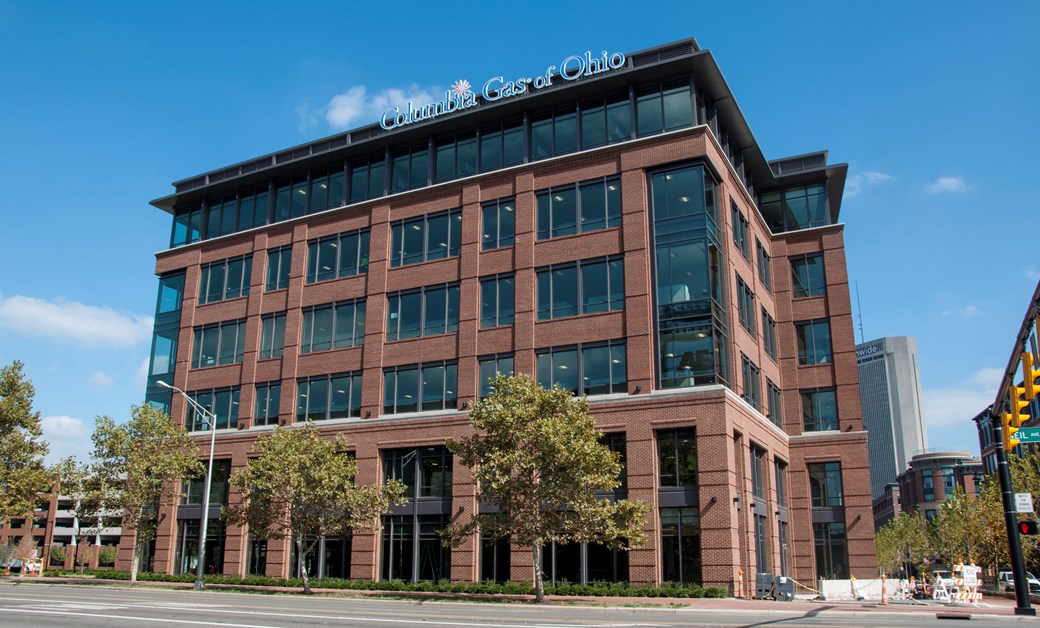 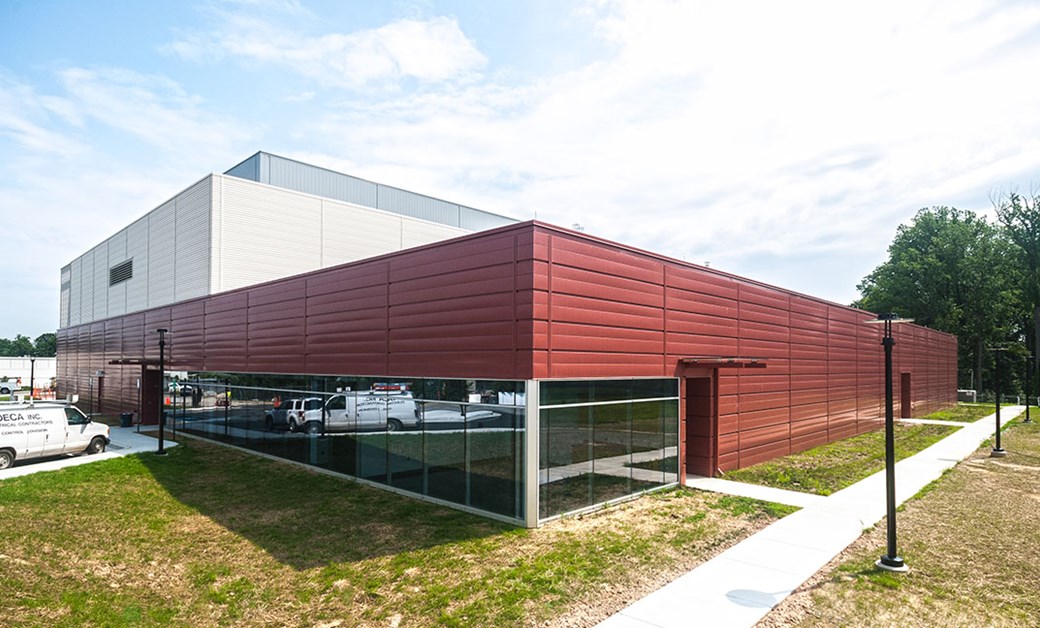 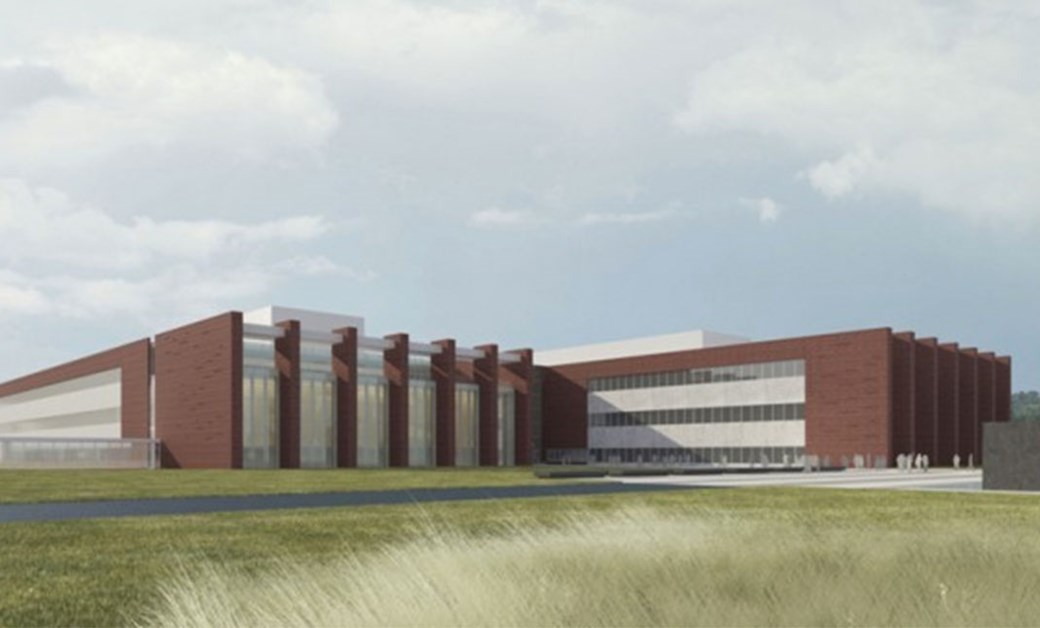