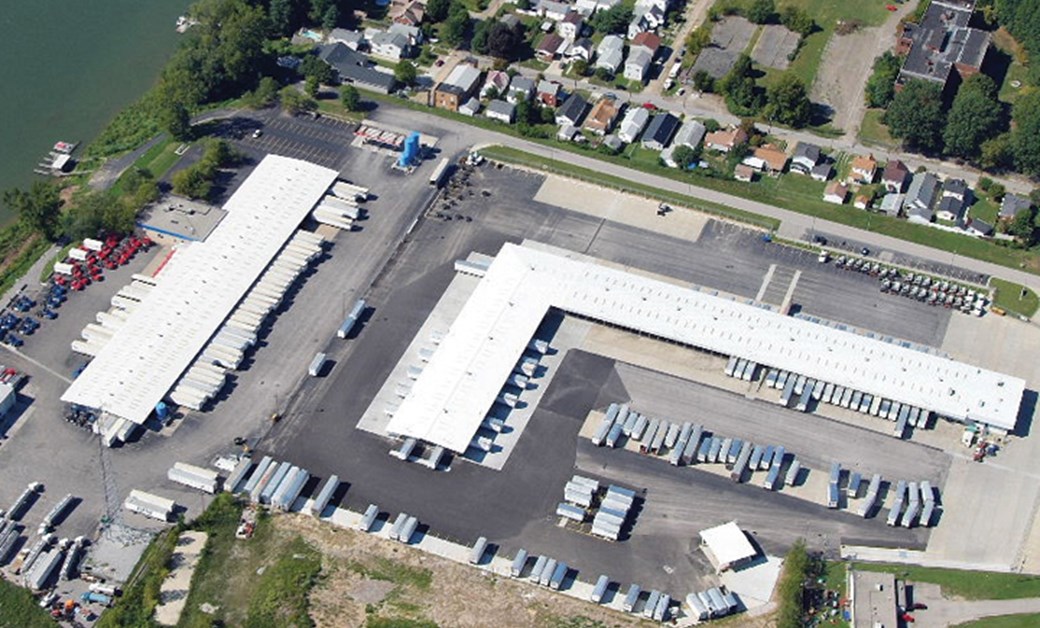 The expansion of Con-way Freight’s trucking facility in Franklin, Wisconsin was an excellent example of Cleveland Construction's ability to plan and coordinate. Throughout construction, the facility remained operational 24 hours a day. The successful phasing and project coordination done by Cleveland Construction helped to maintain constant truck traffic flow circumventing the facility to keep operations running smoothly.

The dock expansion and 3-acre impervious surface addition was developed on a wetland conservation easement requiring the execution of a wetland mitigation expansion. There were extremely wet soils and organics that were uncovered throughout the expansion despite nothing being shown on the borings. Cleveland Construction was able to treat the soils with fly ash for the dock pads to remove the moisture and installed French drains with bridged stone for the organics.

The office addition underwent extensive architectural, structural, mechanical, and electrical renovations. The scope of work included demolition of the existing east wall, new foundations, new masonry, installation of new service entrances for both the dock and office, installation of an emergency generator for the entire facility, a new HVAC unit, a new sprinkler system, and the conversion of an existing wet sprinkler to a dry sprinkler.