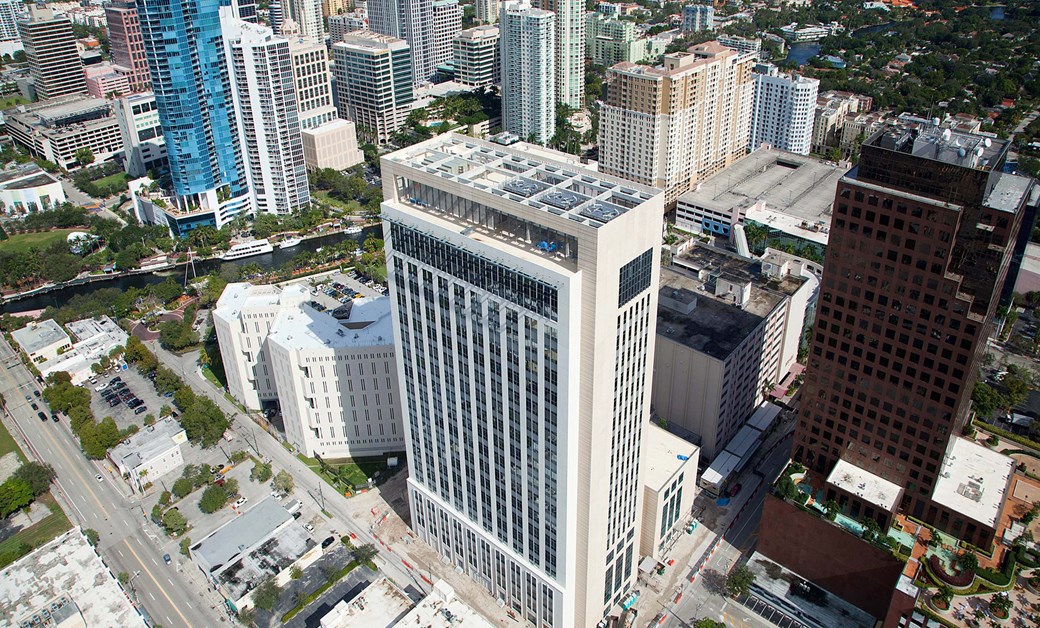 The Broward County Courthouse received LEED Gold certification by the USGBC for its sustainable design, which uses approximately 22-percent less energy and 38-percent less water than a typical building of its size and purpose.