The new agility room and restrooms at Kirtland High School in Kirkland, Ohio was completely built and donated by the Richard G. Small Foundation and Cleveland Construction, Inc. of Mentor. The donated Agility Room connects to the current weight room and provides students with a premier workout space that's double the size. The project manager for the agility room was Cooper Small, 2016 graduate of Kirtland High School and member of the 2015 State Champion Kirtland Hornets football team. 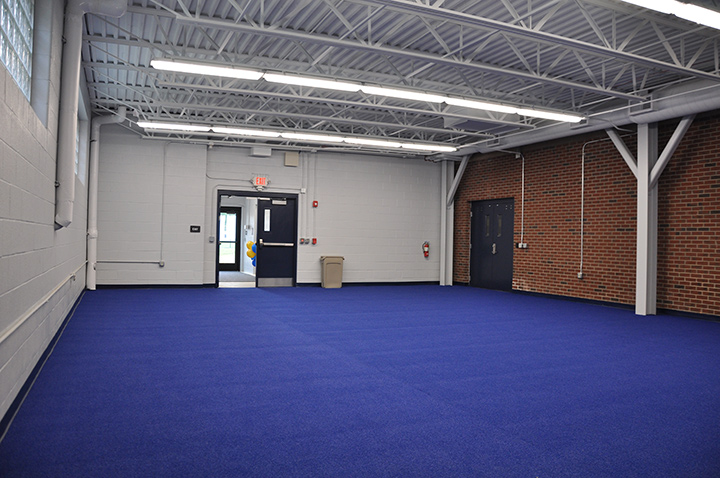 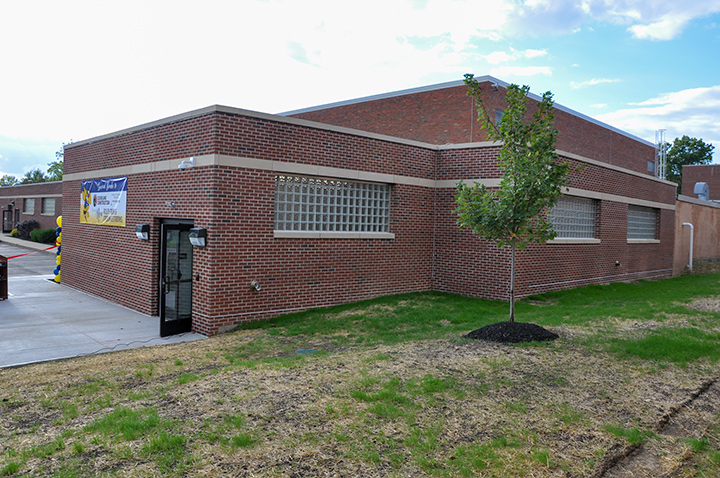 Kirtland’s Own Give Back With Weight Room Addition

Sept. 29 was a festive day at Kirtland High School. The marching band played, with the drum line performing their cadences. The flags and the majorettes twirled. A red ceremonial ribbon stretched across a new addition to the athletic area of the high school building.

“Back in February, Coach (Tiger) LaVerde and Superintendent Bill Wade reached out to me and asked if Cleveland Construction would be interested in helping them expand their weight room,” he said. “Having had experience with my own children attending Kirtland and playing on the 2015 state championship football team, I understood how the athletic department could benefit from the extra space. My brothers, Mark and James, along with myself, have such high regard for the school system and Coach LaVerde that we decided to help financially, and also to manage the construction of the entire project.

“This allowed us to make the greatest impact by doing what Cleveland Construction does best — build community. We are very proud of how well this project turned out, and are happy to reinvest our time, energy and money back into the Kirtland school system.”

LaVerde expressed his enthusiasm for the donation.

“Cooper Small played for us and was a captain in 2015 when we won the state title. His father and uncles own Cleveland Construction and they agreed to help double the size of our current workout room,” he said. “We have well over 70 players on our team and we really needed the space for our workouts. Many people in the community donated their time and effort to this project. The students love it and we have been using it daily already. Kirtland students for years and years will benefit from this.”

Cooper Small said he was very fortunate to be given the opportunity this summer to not only be involved on the weight room addition project, but to also work for and help represent Cleveland Construction.

“It was very special to be able to give back to the school I attended from kindergarten until graduation — which was just one year ago,” he said. “Through the efforts of my family and the entire team at Cleveland Construction, this was made possible. During this summer, I was able to work with very supportive, knowledgeable and caring people from CCI, our subcontractors and the Kirtland School system. From being able to assist in both the project management, as well as the on-site supervision, I was shown the hard work and dedication that it takes from everyone involved to make a project like this a success.”

Small said given how important the athletic programs are to Kirtland, the school and the city, building something that can assist the students and coaches was imperative.

“Having played football for Kirtland during my four years of high school, I know how much ‘behind-the-scenes’ work the student-athletes here put in to be the best,” he said. “I hope that all current and future students can benefit from the new facility. I cannot express the amount of gratitude I have for everyone who was involved with the project. I hope for nothing but the best to all the students and their families, the faculty and the staff that make Kirtland Schools what they are today.”

At the ceremonial ribbon-cutting attended by students, parents, staff and other members of the community, Wade gave many thanks to all the people and businesses who helped with the project.

“We had 23 Kiwanis members and 10 non-Kiwanis members, spouses and friends, and sisters and brothers who wanted to volunteer,” he said. “We did over 350 man- and woman-hours. It was over 150 gallons of paint and sealer — a lot.

“(The flooring is) kind of like a blue turf. (Kirtland resident) Paul Guhde has helped us out with other projects. We asked him if he would go ahead and lead the effort on the (turf) install and that was pretty major. He did a lot of work and we, as Kiwanians, supported him. We had about eight people work with him, but he led the (flooring) effort.”

“We want to say thank you on behalf of the entire Kirtland student body for this amazing donation,” Jenna said. “It’s amazing knowing how incredible our community is and supportive of our athletics. This new facility allows all sports a place to work on their skills and get better. The facility will also allow twice as many people to work out at once. I’m excited to train for speed and agility in the new building — something that will help me for soccer, basketball and improve my races in track. Thank you.”

Jake echoed Jenna, adding on behalf of all the student athletes at Kirtland High School, they are “incredibly grateful for how much the community supports them.

“Thank you and go Hornets!” he added.

After the ribbon cutting, the public toured the new space, which includes a bathroom for public use that is convenient for home games.

The dedication plaque inside notes the space is “Donated by the Richard G. Small Foundation on behalf of the 2015 Kirtland High School State Champs.”

Link to the original article: https://www.kirtlandchronicle.com/news/kirtlands-own-give-back-with-weight-room-addition/